Today I have a little tutorial for your for a very sweet gift idea. It’s not my typical “thing” as it doesn’t involve any paints or such … but it’s quick and easy, you can send it via mail and even kids can help. So I just thought I had to share.

As you can see in the photo above I made a little tealight Advent calendar with this idea and mailed it out. But you can also easily create candles with your wishes for a new year for New Years Eve or candles with secret messages, wishes or even gifts for birthdays or just because … I love that the tealights look like ordinary tealights … until you light them and they burn for a while and reveal the secret message.

-tealights
-paper and a dark pen
-scissors
-optional a Candle-Liner

First you cut out the message. You can print out the pdf below if you like and write your message into the circles. But of course you can also simply draw some circles (a bit smaller than your tealights) on some paper and write down your message on those.

Hint:
I wouldn’t recommend writing your message in the middle of the circles as that’s where the flame of your tealight will be and that might make it hard to read. Also, you should use a darker color to write down your message so it will be easy to read it through the liquid wax. A light pencil does not work too well.;-)

Once you cut out the message, take the candle out of the metal tealight capsule. Put your paper into the capsule and put the candle back on top. Done!

Hint:
With some tealights you can very easily take the candle out of the metal capsule. With some it takes a bit more persuading. If possible already check when buying them whether you can disassemble them easily. I had some that were quite persistent not to be parted …. so I actually needed some metal pliers to persuade the candle to come out of the metal …

If you wanna make an Advent calendar then you need to make 24 (or 25) tealights with secret messages. Once you’re finished you can write the numbers on top of the tealights with a Candle-Liner. I had a glittery one, which I really liked. But you can of course also use any other color. I think red would also be very pretty for example.

If you just wanna give them as a gift, obviously you can make any number you want. And you can either draw little symbols or such on top – or just leave them as they are. I would however recommend to add some sort of instruction to them when giving them as a gift as they really look just like ordinary tealights and really takes some time until they reveal their hidden secret. And it would be rather sad if the person you gave them to missed their secret message just because they didn’t expect it … and didn’t look.

What do you think of this idea?

Write me a comment and let me know who’d you like to give a tealight with a secret message to?

Or tell me what little gifts that are easy and quit to make you like to give?

P.S. Here’s the pdf – just right-click and choose “save as”. Have fun creating!

I actually made these already a while ago. But somehow finding the time to type up posts becomes harder and harder.
Well, just shortly before Christmas … and during Christmas actually … I learned how to make these folded stars.
They are made out of square papers and are just folded – and stuck together.
You have to fold 30 pieces of paper.
In Germany they are called Bascetta-stars.
Anyone can tell me whether that is the same in the rest of the world? 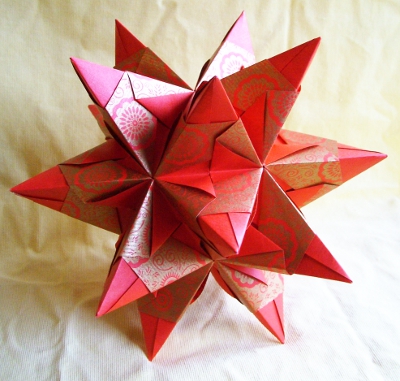 This one is a star made out of special paper that has different prints/ colors on both sides.
It looks really pretty, don’t you think?
After I had made this one I was out of the pretty paper … and I figured I could ge a bit inventive …
So I ended up using this: 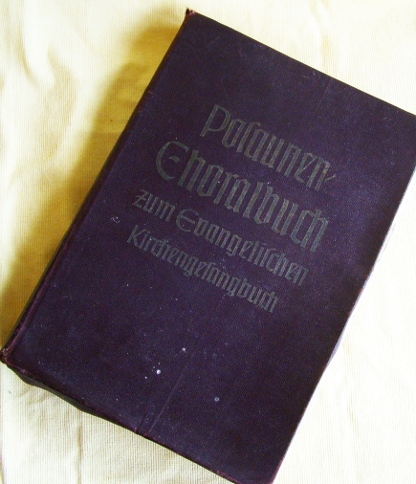 This is a rather old book with musical notes. 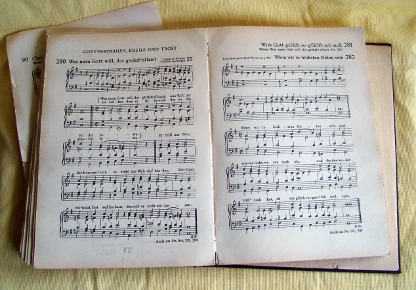 I love musical sheets.
So I had to try whether it would look good. And this is how it turned out: 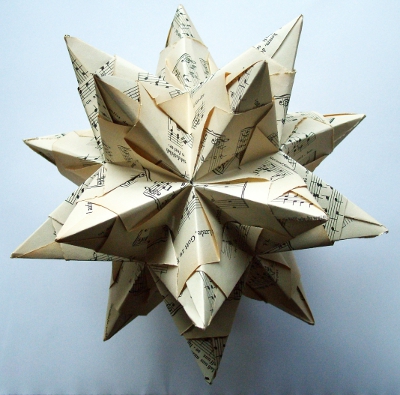 I totally adore it! 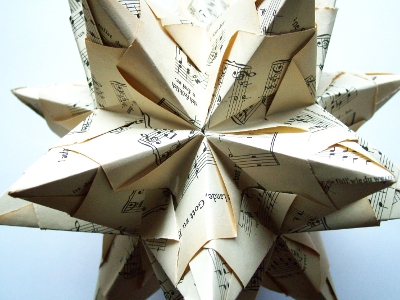 And as you have to cut the pages to squares there is always a paper strip left over. So what did I do?
I cut squares out of the left over bits … and made a tiny star: 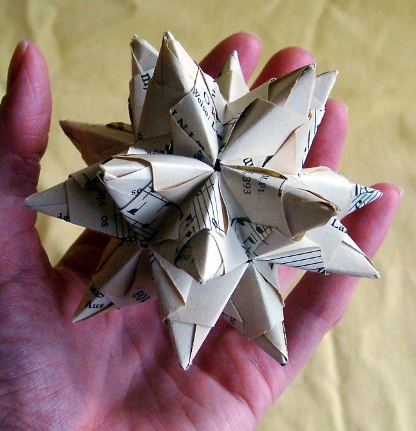 Here you can see both together: 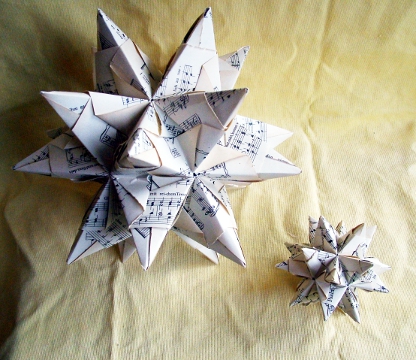 This was so much fun!
I am actually working on another recycled star.
No musical sheets though … curious? ;-)
But it might take a bit until it is done …
The folding and the putting together is really relaxing … but the cutting of the squares is simply booooooring! :-)