Or how to make a 5year old happy! ;-)
When I asked my daughter a few weeks ago what she wanted for Easter, she said

“An unicorn. A white one with a pink horn and a green saddle.”

I actually already had other plans … but why had I asked?!
My own fault!

So I ended up ditching my plans and making a unicorn: 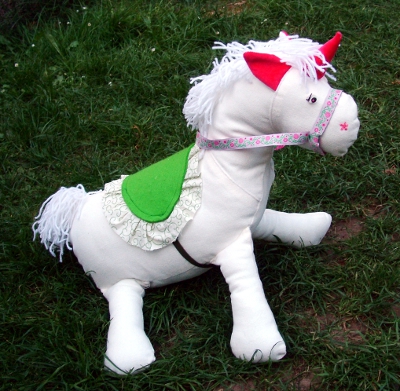 I used the (bought) pattern for a stuffed horse and added the horn.
I am really happy with how it turned out.
And considering that I have never made a stuffed toy with a sewing machine before I was quite impressed with my own work. :-) 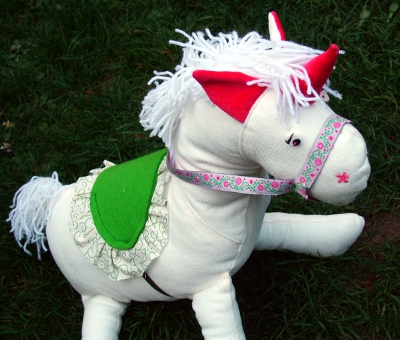 I made the unicorn out of white corduroy-velvet and used pink cotton velvet for the ears and the horn. 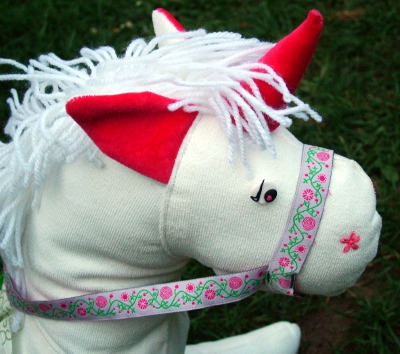 The bridle is made out of beautiful ribbon. And of course it can be taken off. 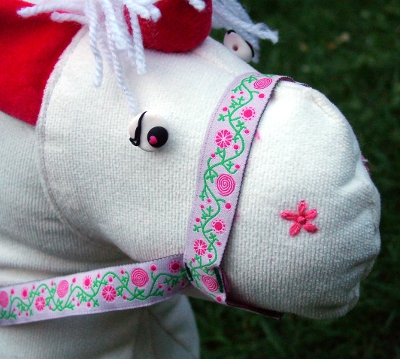 The nostrils are embroidered pink flowers.
I made the eyes out of polymer clay. Kinda like buttons.
Instead of white dots I made tiny pink hearts and added them to the pupils.
After all it is a very special magic unicorn. ;-) 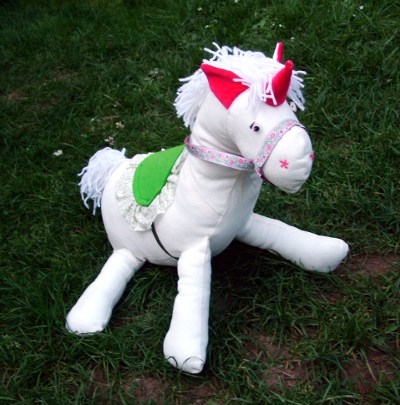 The saddle is made out of thick green felt with some ruffles around it.
I actually had planned to add some flower-heart-garland kinda embroidery to it as well … but simply ran out of time.
But maybe it was for the better. I quite like how it looks now … maybe it would just have been too much. Or I would have messed it up after all. ;-) 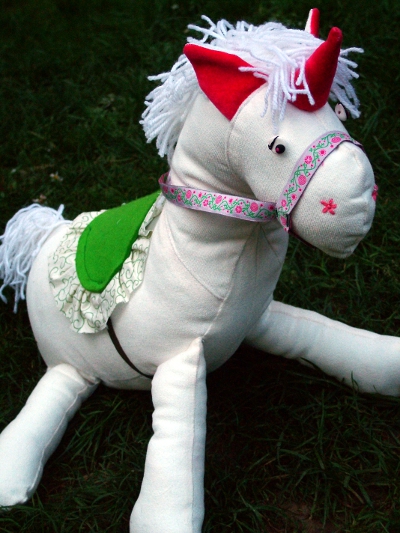 The saddle of course can be removed as well.

Little bear LOVED it!
She was so happy! Which again made me so happy!

Because in the end I did spend some hours on making it … and the whole time I was worried that maybe she would not like it.

She seemed to have a pretty clear picture in her head … What if the unicorn I was making did not live up to it?

So I was relieved and happy to see how she would not just smile but drag the thing everywhere she was going! :-)

Am so happy that I did not stick with the initial plans … :-)

And another funny thing:
When she found the unicorn – of course it was hidden by the easter bunny –  she instantly turned to me and said “You sewed that!”
I mean she knows that I sew … but still. That instant reaction … I was puzzled. She did afterall still believe in the easter bunny. Why would she think that I had made it?
So I asked her. You know what she said?
She pointed to the ribbon that I had made the bridle out of and said “That was in the living room”
Yes, I do store my ribbons in the living room. I never thought that she would pay any attention to that. And  NEVER would I have thought that she would remember a particular ribbon!
I was speechless!

Hope all of you guys had a great Easter!!!!

Did you make any of your Easter gifts?

15 Responses to Sewing a unicorn